Bridenstine Allows Supporter to Call for Execution of the President

CONGRESSMAN ALLOWS SUPPORTER TO CALL FOR THE EXECUTION OF THE PRESIDENT

Tulsa – Republican Congressman Jim Bridenstine (OK-1) recently held an event at which a supporter called the President a traitor who should be executed. Bridenstine’s supporter can be heard calling the President derogatory names and several references to the Muslim community as well.

“Just three days ago, someone was arrested for threatening to kill President George Bush. It is absolutely astonishing that a sitting United States Congressman would encourage and support that type of behavior. As an Oklahoman I am appalled that someone would threaten the Commander-in-Chief–Republican or Democrat. Congressman Bridenstine owes the President an apology, the country an apology and the people of Oklahoma an apology,” said ODP Chairman Wallace Collins. 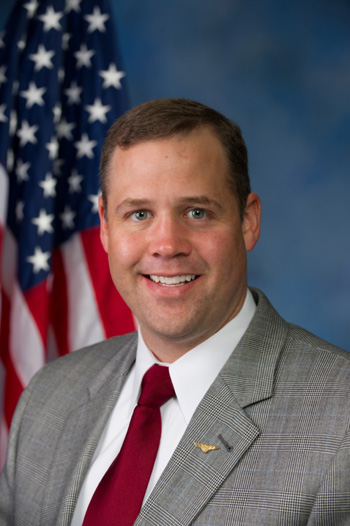 Does Governor Mary Fallin and U.S. Senate Candidates T.W. Shannon and James Lankford believe that President Obama is a Muslim traitor who should be executed?
###
By Angela A|2014-02-05T23:05:37-06:00February 5, 2014|Oklahoma GOP, Press Releases|Comments Off on Bridenstine Allows Supporter to Call for Execution of the President